This is the second of my career posts, it focuses on my attempt to start my working career with a Bachelor of Science degree, double majoring in Mechanical Engineering and Engineering and Public Policy (I think they were having a two-fer on the word "and").


The job market back in 1983 was rough across the country, even worse in Western Pennsylvania with the coal and steel industries in collapse and layoffs everywhere.  I wanted to work near where I grew up, I liked the area, the people, and I wasn't a huge fan of change.

Fortunately, I thought, I had chosen a top-notch school, Carnegie-Mellon University, an in demand major, engineering. I had grades to be proud of, graduating with University Honors (meaning my GPA qualified me to complete an undergraduate research project with a mini and I mean mini thesis), and I had plenty of resume stuffers in the form of President of Fraternity, Buggy designer, sports (intramural though they were).  I even had some work experience.  I thought I had ticked all the boxes and my search should be productive.


I spent quite a bit of time at the career center at the start of my year.  The career center  staff reviewed resumes, offered minimal advice and scheduled on campus interviews from many employers.  What they didn't do was provide any type of mock interview or other guidance for how to do well in an interview.  That is something I would have benefited from, as it was, I signed up for interviews early and often, figuring I would learn by doing. Fortunately, CMU attracted a lot of employers who wanted to talk to engineering candidates; I could afford to use early interviews as practice.

I've always been very much an introvert, I'd much rather quietly read a book than go to a party. Sitting down in a small room across a table from a stranger who had the power to move me on in the interview process or send me away was very intimidating.  After several train wrecks that passed as interviews I started to gain a comfort level that let me present myself reasonably, though each interview was physically exhausting.

I managed a modicum of research on each company before I met with their representatives. This was largely limited to reading company literature and a few magazines available in the career center, very little being available on the nascent Internet.  I tried to dream up a few relevant questions based on this information to demonstrate my deep interest in each company, which of course wasn't all that deep, I basically just wanted to earn a job offer or three so I would be employed after earning an expensive and difficult degree.

Each company was carefully added to my tracking sheet, recording when I had the interview, with columns for rejection, plant trip dates, etc.  I was adding 2 to 3 lines per week to the sheet, spilling over onto additional pages as I frantically interviewed and waited for responses.

We'll Keep Your Resume on File

Several weeks after the first interviews, responses started to trickle in.  The first several waves were uniformly polite forms of "don't call us, we'll call you" or more simply "go away."  I logged the responses and posted the rejection letters on a growing pile attached to my fraternity house door room as I'd seen in years past.  The fall of 1982 was particularly brutal, the stack of rejection letters on many doors become impressively thick before snow started to fly.

Eventually a few plant trip invitations started to be mixed into the sea of rejection letters. This was good news, the next step in the job hunt and perhaps a path to a real job offer.

Each invitation was cause for excitement, optimism, and another attempt at research.  Just what does Timken do in Ohio that I might be useful at?  Where is Chevy Metal? Oh, Flint Michigan, that could be fun.  IBM wanted to talk to me in Kingston NY.   Each trip was an adventure, traveling on my own, having a company pay my bills, awesome.

Some of the plant trips were not much more than on campus interviews with other people from the company with a tour thrown in.  One put me on the spot to present something from my honors project, which I did badly.  A couple asked interesting questions, one that stuck with me: cost, quality, schedule, which is the most important?  The correct answer I was told was schedule, though in hindsight, I imagine my hedging answer of they are all important was the worst possible answer.

One thing that was jumping out at me, was that there was zero, none, zilch, interest in me from any Western PA based companies.  I was going to have to move away from Pittsburgh for a job, if I could find a job.

Waiting and Waiting for an Offer

As my final semester of my senior year began, I checked my mailbox with increasing intensity and wished I had an answering machine for my room phone.  I imagined receiving an offer letter from each of the several, perhaps six, companies that had invited me for a plant trip.

I remember tearing open several letters and being disappointed to find a check for reimbursement of travel expenses.  Money was tight, being disappointed at receiving in the mail was a reflection of my sense of urgency boarding on desperation to receive that elusive first job offer.

The spring semester offered fewer on campus interview opportunities, but I signed up for all that I could, each being possibly a completion for my quest.  Each interview was added to my tracking list and I tried to follow up each with a written thank you note, having learned that, that might improve my chances of taking a next step.

Eventually I started to receive responses from the plant trips.  As I started to read each one, they were oddly familiar; the words easily translated to "don't call us, we'll call you."

An Offer, An Internship, Say What?

Out of the blue I received an unexpected letter from big blue, IBM that is.  I had already be turned away after my trip to IBM in Kingston NY, when I received a letter offering me a summer internship at IBM's Research Triangle Park (RTP) location.

I probably marked IBM RTP as an IBM site I would be interested in working at when I was on site in Kingston.  Heck, I marked pretty much every site as a good one by that point in my search.  I was feeling rather desperate.

I'm pretty sure I never marked internship as a possibility on any application. What would I want with a three month job after graduating with a four year degree and no plans to attend graduate school? On the other hand, the grass was beginning to grow as time moved on toward graduation.

Another Offer, A Real Job, A Lowball Offer

Shortly after the surprising letter from IBM RTP, I received an offer for a permanent job.  Oddly, I can't recall the company making the offer, but the salary has stuck with me.  They wanted me for about $20,000 per year.  That was a lot more than nothing, but it was a heck of a long way from over $30,000 that was expected by CMU engineering grads that year.

With graduation staring at me and offers for an internship and a lowball in hand I finally did what I should have done long ago, make an appointment with my undergraduate advisor, Dr. R. to seek his advice.

Dr. R. listened to my situation and answered quickly that I should take the internship and go to graduate school.  That sounded like a decent idea, but the deadlines for graduate school had long since passed and I couldn't imagine having to go home to my parent's house, unemployed while waiting for the spring semester to begin.

At this point in my life I hadn't learned to listen to what people were saying and what they might be meaning.  I was totally tone deaf to the possibility that Dr. R. was hinting at, but I knew graduate school was expensive and I was not about to ask my parents for yet more tuition money.

Eventually Dr. R. spelled out the obvious for me, application deadlines were not cast in stone, exceptions were made for strong candidates (though I didn't consider myself as such) and fellowships were available to pay for advanced degrees in certain fields.  He advised me to apply to CMU for an advanced degree in Mechanical Engineering.

Filling out a graduate school application for a school I was currently attending turned out to be really easy.  As I was completed my application I learned that Dr. R. was the chairman of graduate admissions for the Mechanical Engineering department and that he was one of the top recipients of outside research funding.  My prospects suddenly seemed a lot brighter with the IBM internship serving as a lovely bridge to graduate school which someone else might well pay for. 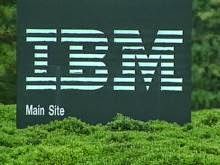 To my delight, the plan worked.  I was immediately accepted as a graduate student in Mechanical Engineering.  I was offered a fellowship funded by the DoE and supervised by Dr. R. that would pay my tuition and provide a stipend ($600 a month if memory serves) which was sufficient for room, board, and a bit more.

I spent the summer at IBM RTP, learning quite a bit and was set to return to CMU in the fall of 1983 as a grad student, having utter failed in my search for a full time job.

What Did I Learn?

My social skills, were a disaster.

I had tried to get better interacting with people. I had leveraged my time in the fraternity and in group projects to push my comfort level, but I was still was not good with strangers.  I needed to spend time getting up in front of groups and talking so I wouldn't look horribly uncomfortable, I really wanted to avoid this, but it was obvious that I needed to do it.

Interviewing was going to take practice.  I had acquired more than a bit through this process, but clearly I was not succeeding.

Most importantly, I learned to think about the message behind the words when someone was speaking to me.  I totally missed that Dr. R. could essentially wave his hand and my issues would go away.  He offered me a direct path to success and I just didn't see it until well after the fact.  In hindsight this was my most important lesson from this experience.
Posted by BarrettJG at 5:42 PM