The "Daughters" my daughter, Shannon, her friend Marissa riding their horses, Aiden and Dolly, respectively.  Joined by one of Marissa's equine students as their squire for the performance.

The performing company, Medieval Fantasies Company, has been doing this for eleven years.  This was Daughters of Epona's second appeiarance with the company, having done well enough at their initial performance to be invited back to join the Company, and even having their expenses paid, or partially paid to be more accurate. 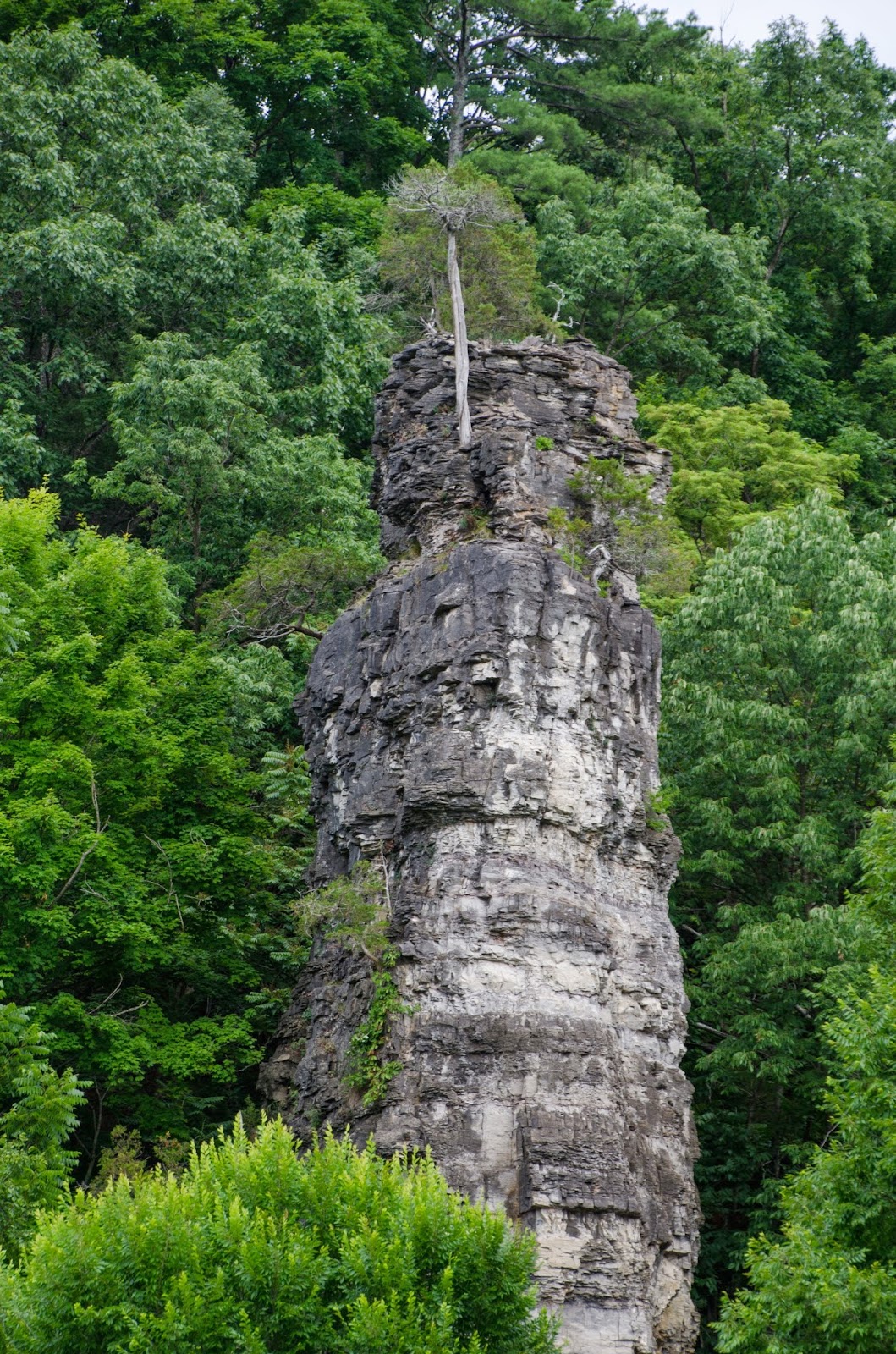 The venue for the performance was the Natural Chimneys Regional Park in Mt. Solon, Virginia. Which is about 20 minutes south east of Bridgewater, our daughter's college. My wife and I drove down Saturday afternoon to watch her performance. 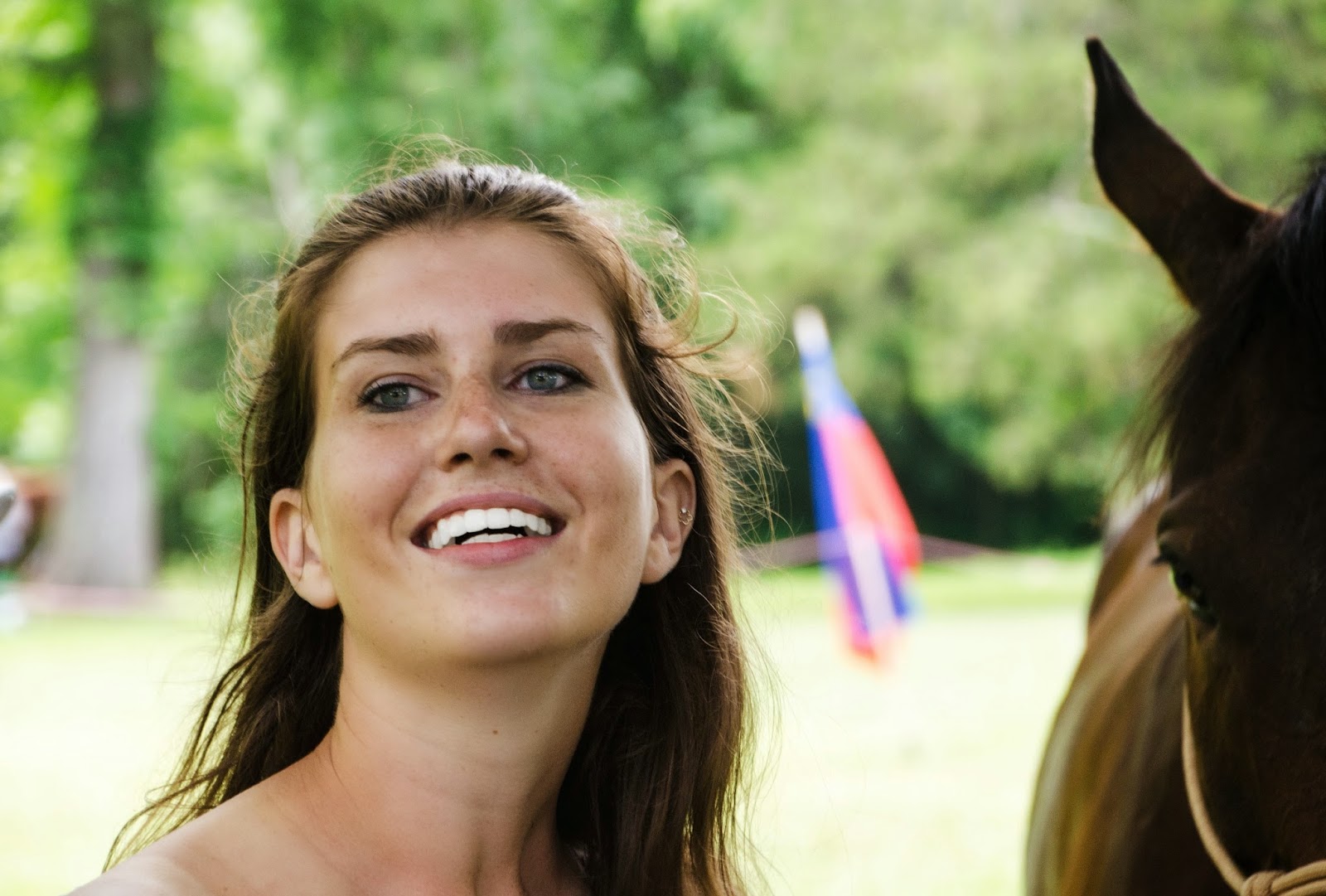 The transformation in our shy little girl was amazing.  She has grown into quite a young lady, yes, I know I am biased, but it's my story and it has the additional benefit of being true.

Shannon addressed the crowd with with enthusiasm and more than a little ham.  She both remembered her script and improvised for the crowd.

Her partner, Marissa was also engaging, both talking with the crowd and with Shannon in what was, to me at least quite a performance. 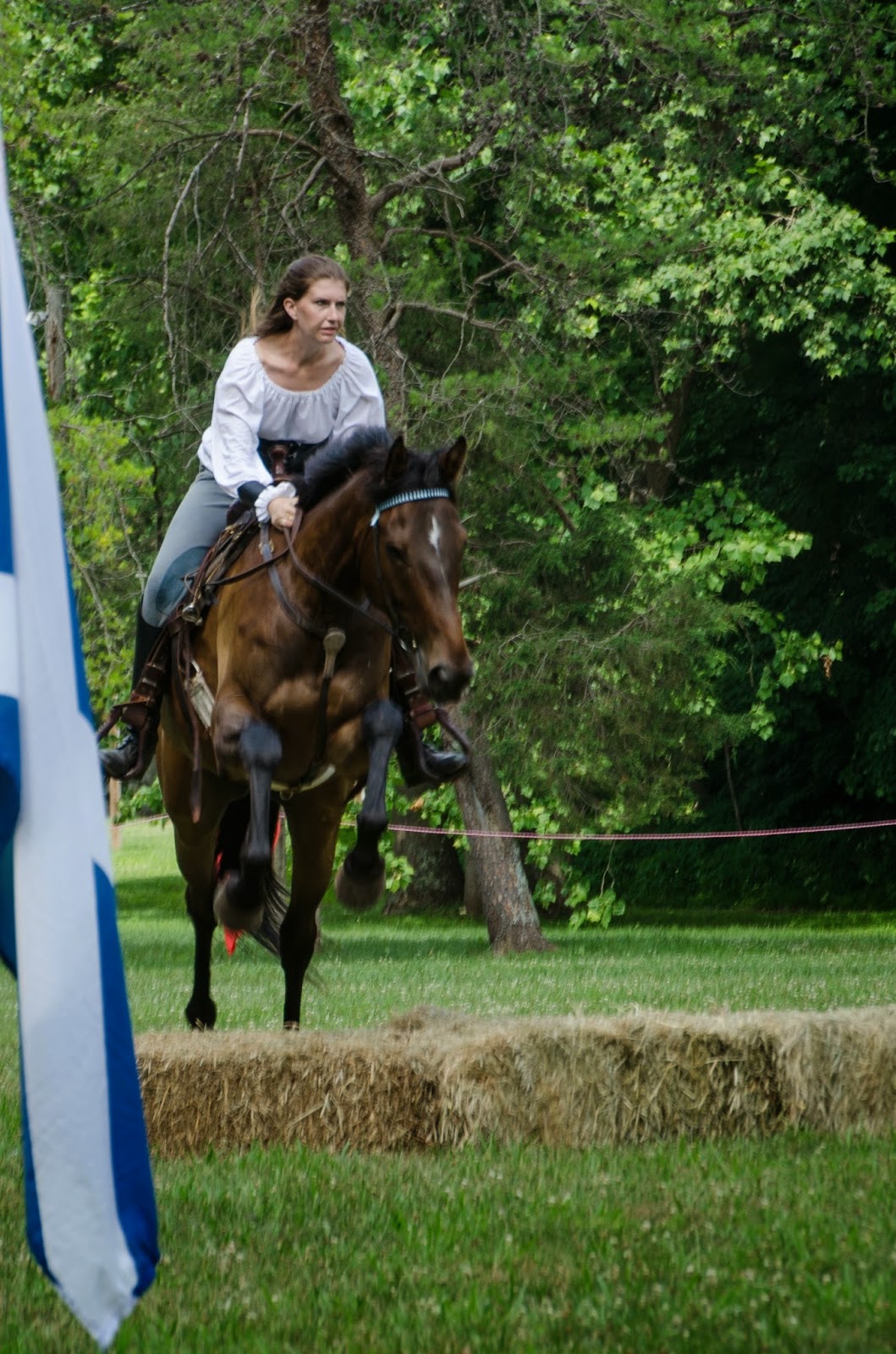 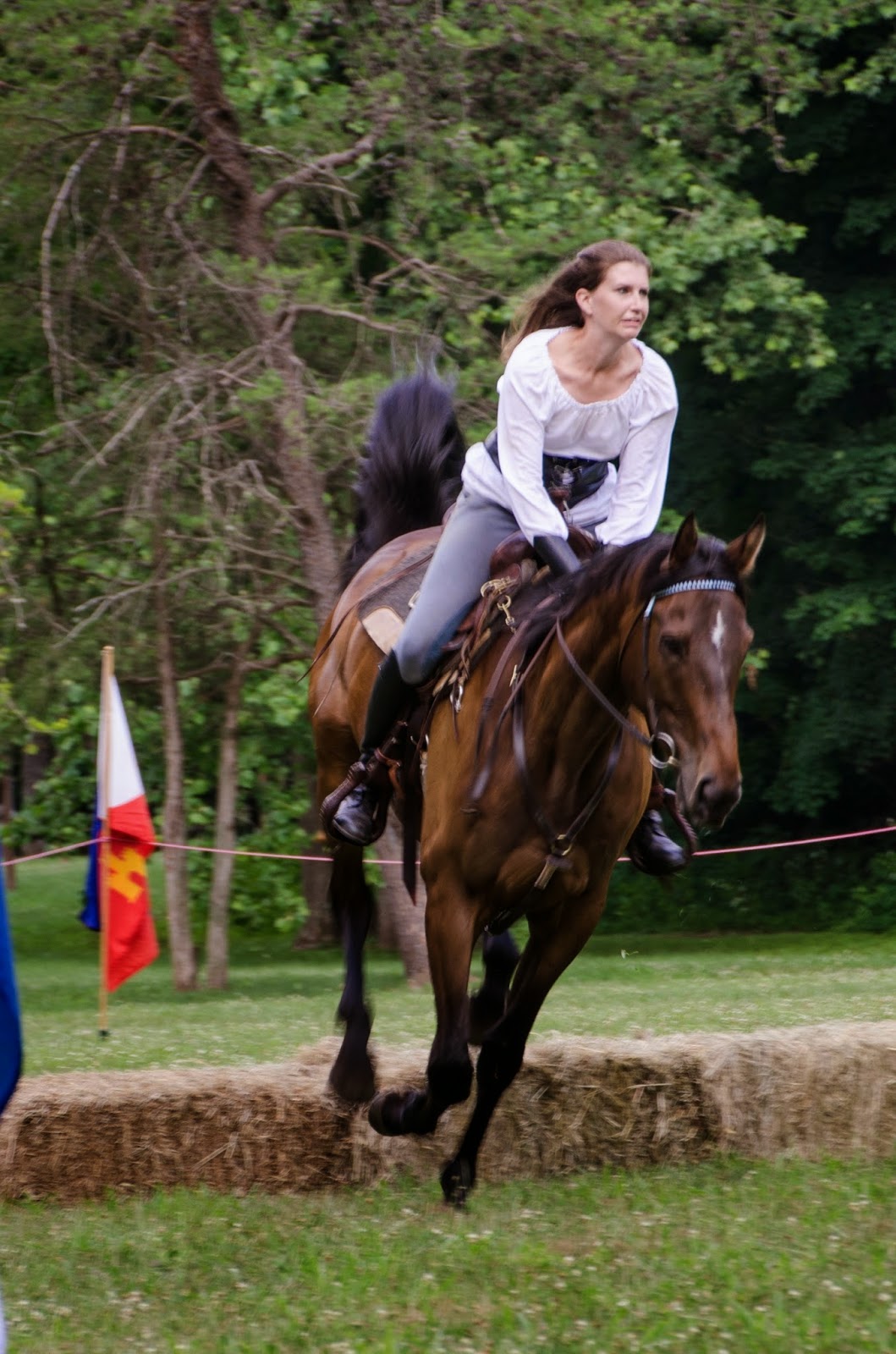 The act included a bit of Dressage and a very short bit of jumping.  The Company was concerned about the young ladies jumping the triple stacked hay bails, so they opted for single high which, while lacking in visual drama, did make us feel better as we watched our daughter jump her six year old, thoroughbred without her helmet.

The finale for the performance was the "Finger and the Ring." A bit where the two young ladies attempted to skewer a series of "rings" placed upon a set of poles, very reminiscent of several Pony Club game events.  The "competition" was preceded by some extended dialog with Shannon asking Marissa if she was married or was getting engaged, very much tied to the pole they were using to capture the rings being a finger.  I thought it was a cute setup and fun to watch. 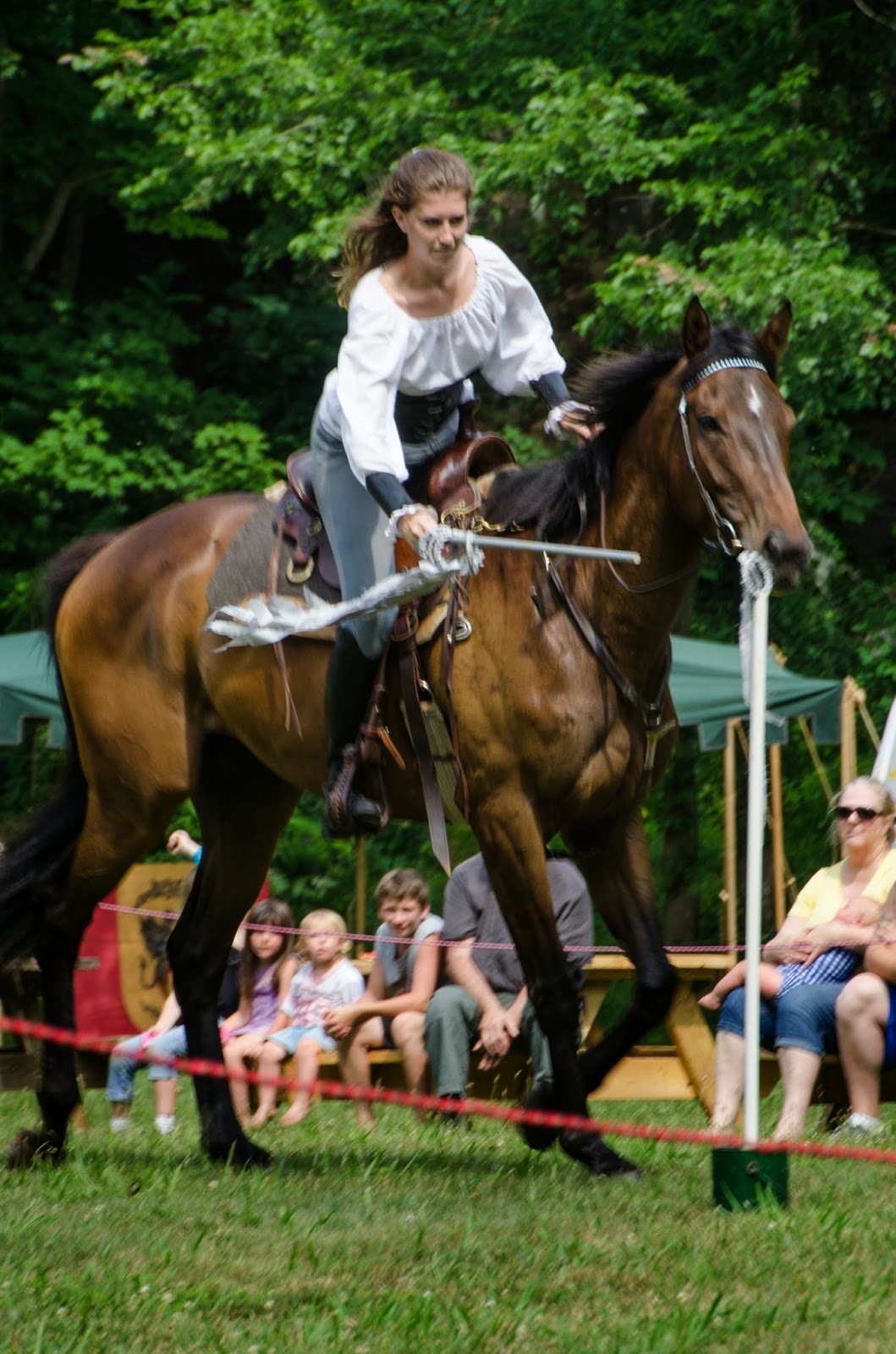 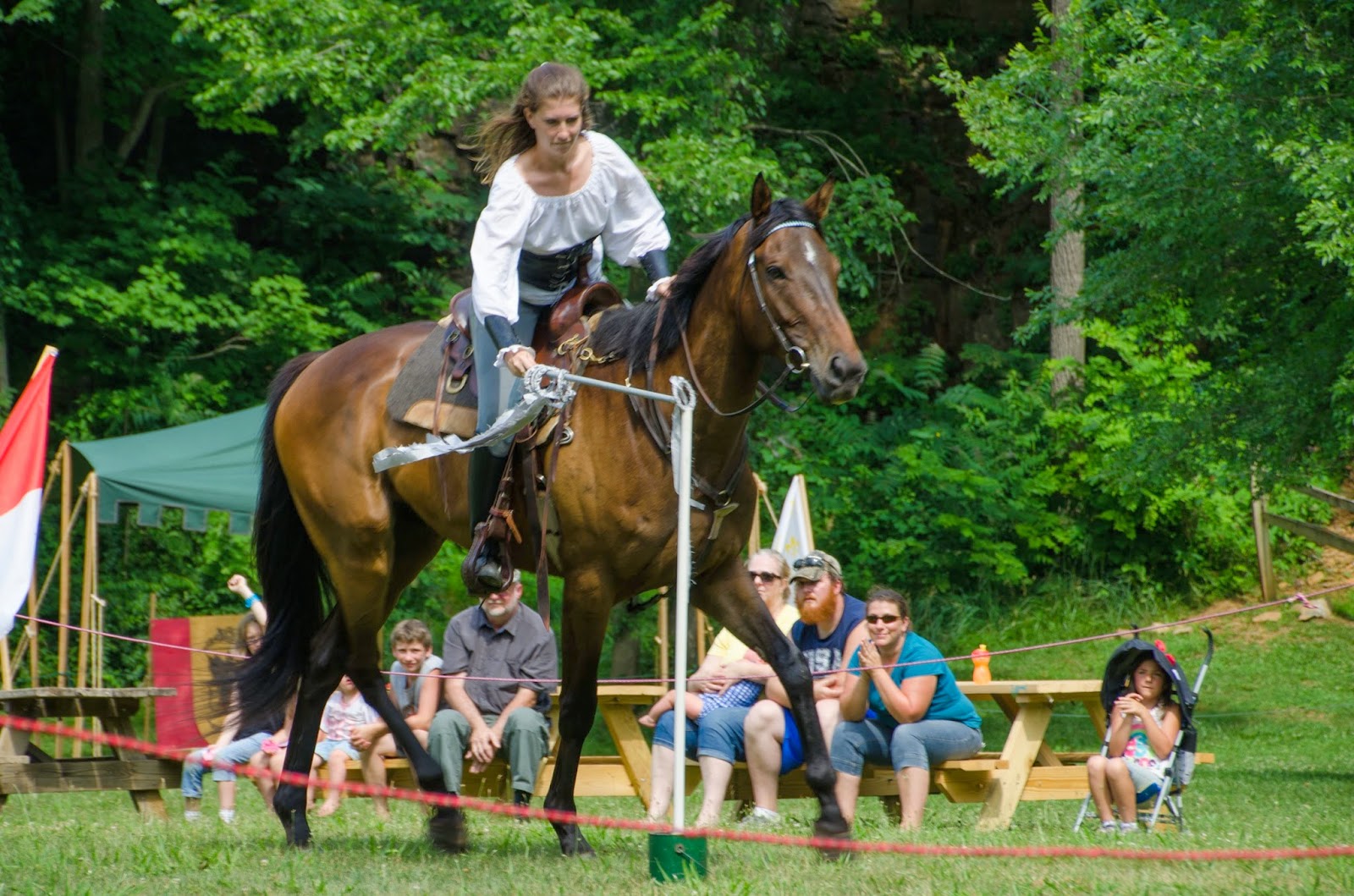 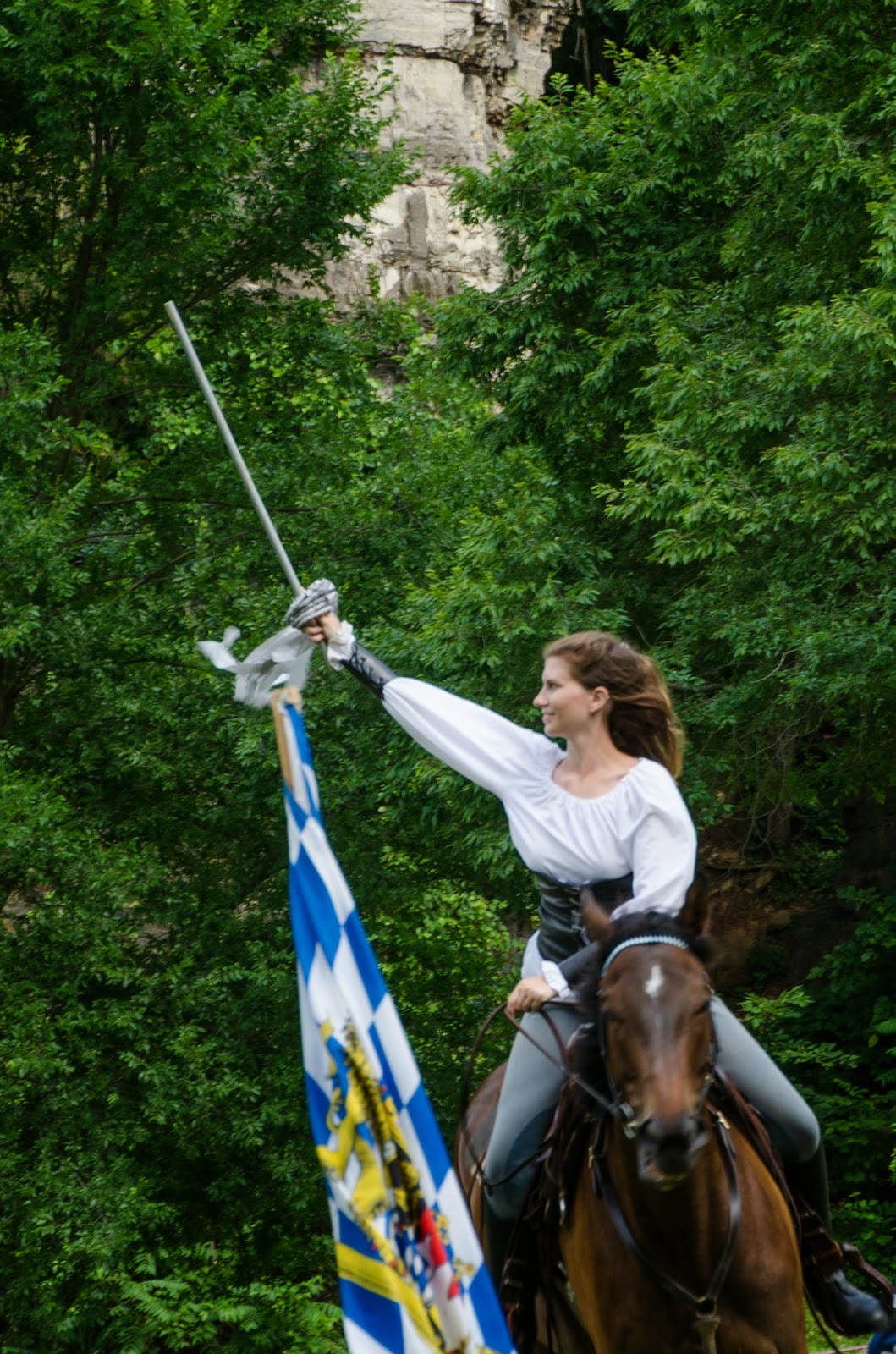 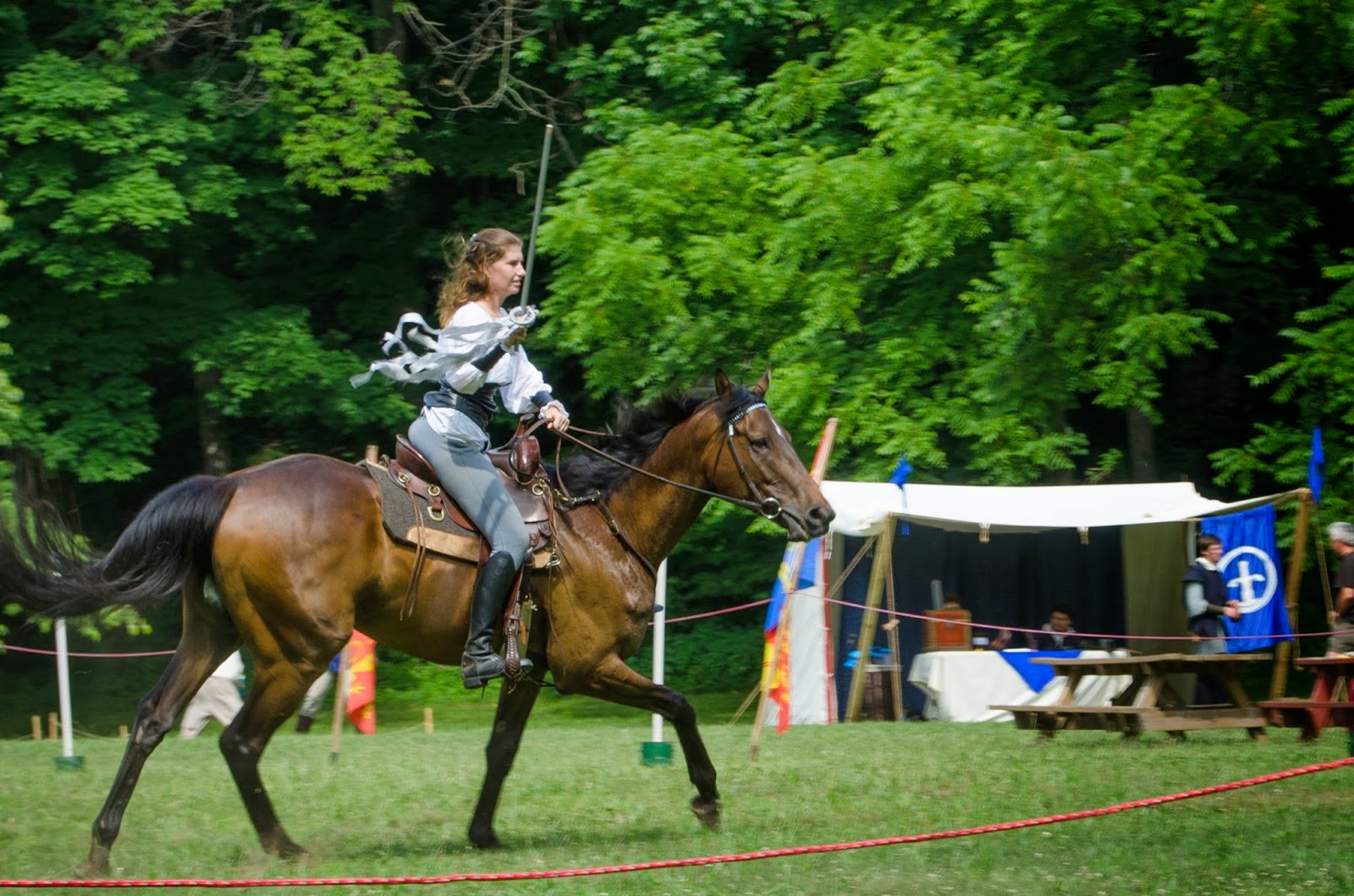 I hadn't mentioned it, but Skyler, our faithful family, err, Shannon's faithful dog was also in attendance.  He was unfazed by the strange goings on, happy to meet people, and even happier to lick them or be petted.  He did seem happy to see us (as was Shannon, Marissa and Jonathan).  I think Skyler was less happy to see us depart, staring at us as we walked away until we were totally out of his sight. 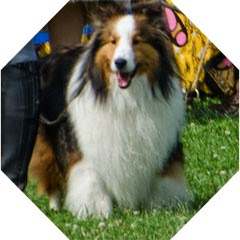 On a side note, this Blogger tool, is almost a What You See is What You Get (WYSIWYG) piece of software.  The "almost" part is unfortunate.  My composition looks a lot better in authoring than display mode.  One example is font consistency, I used just one type size for body text but it seems to vary when I have it setup into preview mode.  I suppose I shall see what happens when I hit publish....Well, it turns out I can edit the raw HTML.  I found four font settings that seemed extraneous, I removed them and the preview looks better.  I'd say Google scored an almost on WYSIWYG, sadly, they are not in the business of horseshoes, hand grenades, or even nuclear warfare (as far as I know).

Posted by BarrettJG at 9:02 AM