We just moved into our new house in Leesburg.  It has plenty of issues and I mean plenty.  The number of things needing attention are just overwhelming.  Perhaps the most important to us is the Kitchen, which we knew going in was a write off and rebuild proposition and nothing we have experienced so far has changed this impression. 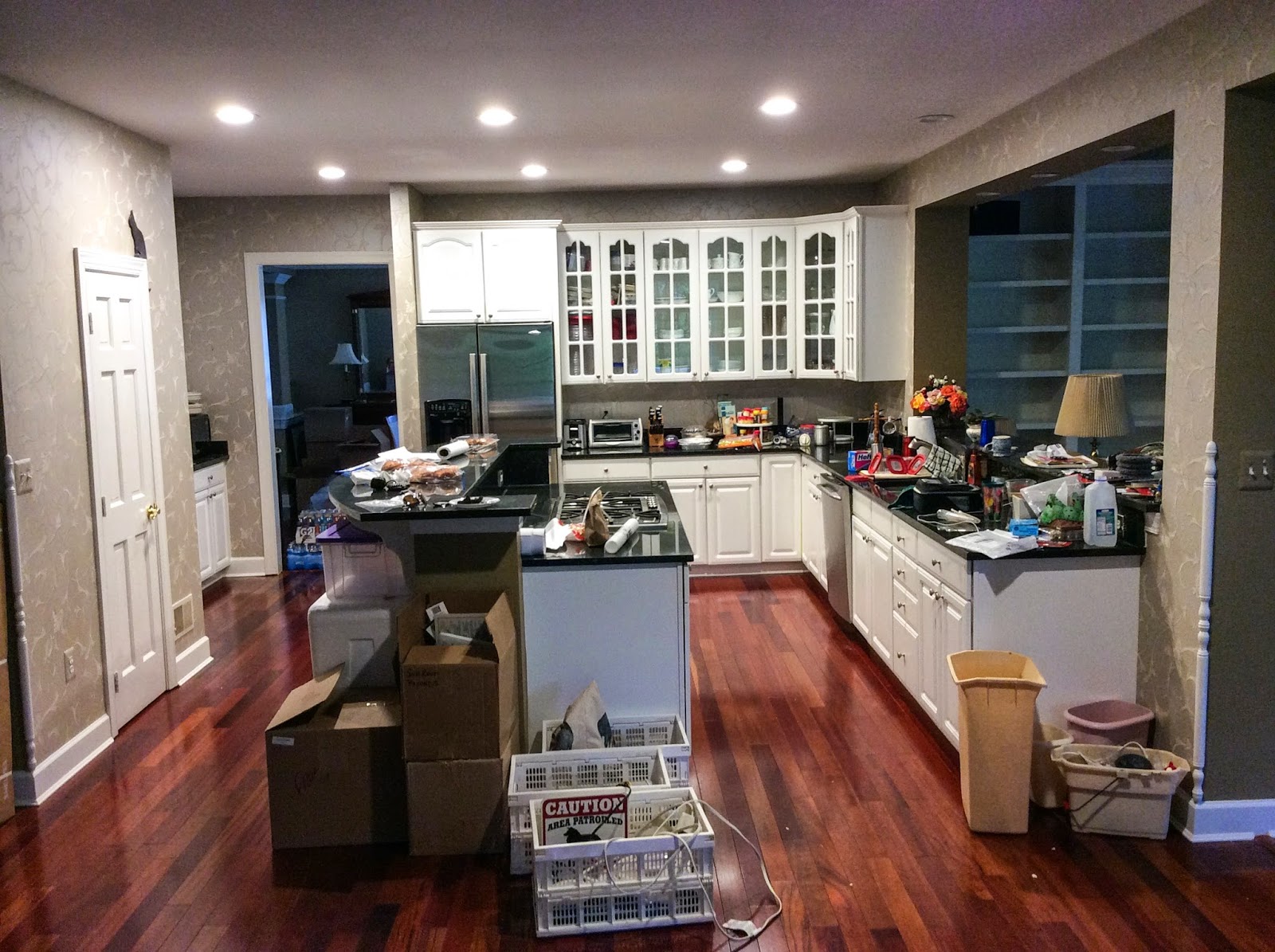 The kitchen is dominated by black and white with some stainless thrown in all built on the omnipresent cherry hardwood floor which covers most horizontal surfaces in the house. It's also a mess, but that's a transient problem and a lot better than a day ago.


The cabinets are white, I would assume they’d be sleek, modern looking, but the doors are edged with a fancy curve and crowned with a compound arch, touches I would expect on a traditional wooden cabinet.  The doors have a cheap plastic feel and sound accordingly when closed.

The countertop appears to be a high quality marble, nicely finished.  It’s black with some flecks of color, giving it a harsh contrast to the cabinets.

Appliance are mostly stainless steel following the current trend.  The exception is the built in oven, which is white.  I’d guess the oven is older, perhaps the only original component of the kitchen.

My overall impression on the kitchen is simply, yuck.

The kitchen has a large wall opening in longest wall that gives it a good view of the the backyard through the family room.  The sink is placed beneath the opening, effectively giving it a “window”  to the beautiful view to the outside and into the family room.  The dishwasher is to the immediate left of the sink, not very far from an adjoining wall which contains cabinets, al of the upper cabinets having a glass inset door. At it’s other end the refrigerator.

The center of the kitchen is dominated by an island containing a large cooktop and an elevated eating counter, mounted so high that only a very tall stool could be used to sit at it.  The counter is so high, it is effectively limited to a standing counter for tall people.

The island is separated by a narrow passage from the walk-in pantry.  The passage is wide enough for one person, the door, or a tall stool, but only one of those.  The pantry is a nice feature, but the floor space between the island counter and pantry is so narrow that it really reduces the usefulness of the space.

Next to the pantry is a built in double oven, well, oven and microwave. Past that are more cabinets and counter space. 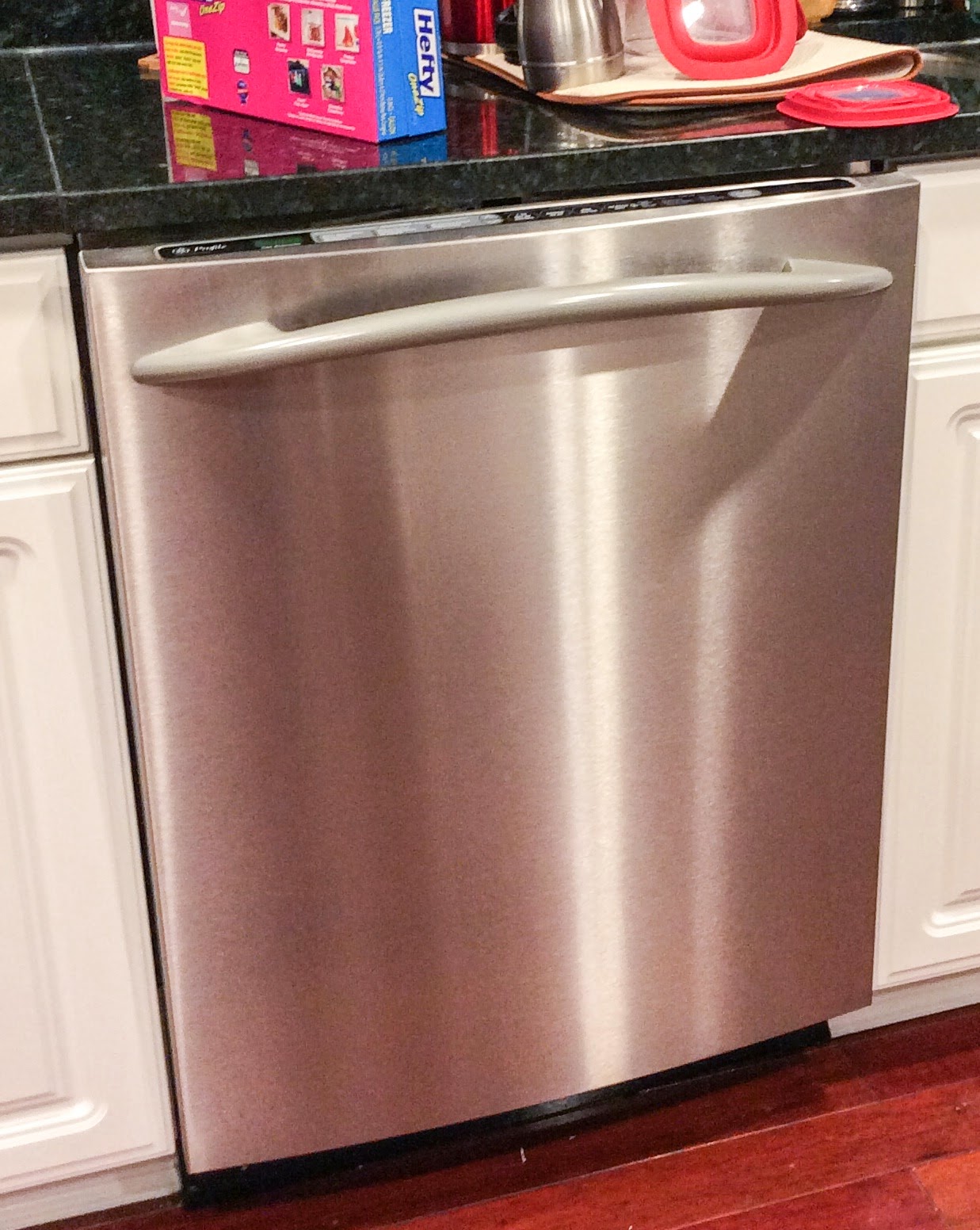 Dishwasher — Stainless steel GE Profile unit that appears to be pretty “high-end” unfortunately, it is pretty well broken.  The touch buttons located on top of the door, so they are hidden when the door is closed, don’t do very much.  It refuses to change cycles or do anything other than turn on.  The unit is very quiet when running, much quieter than what we are use to.  Unfortunately, it also has the unpleasant feature of buzzing, loudly when the door is closed and it’s not washing so it has to remain open when not it use, ugly.  This will be the first appliance replaced.

Cooktop — Pretty nice looking GE Monogram gas unit.  It seems quite functional, my only quibble with it is the location on the island, I’d rather have it sitting squarely onto of a conventional oven. 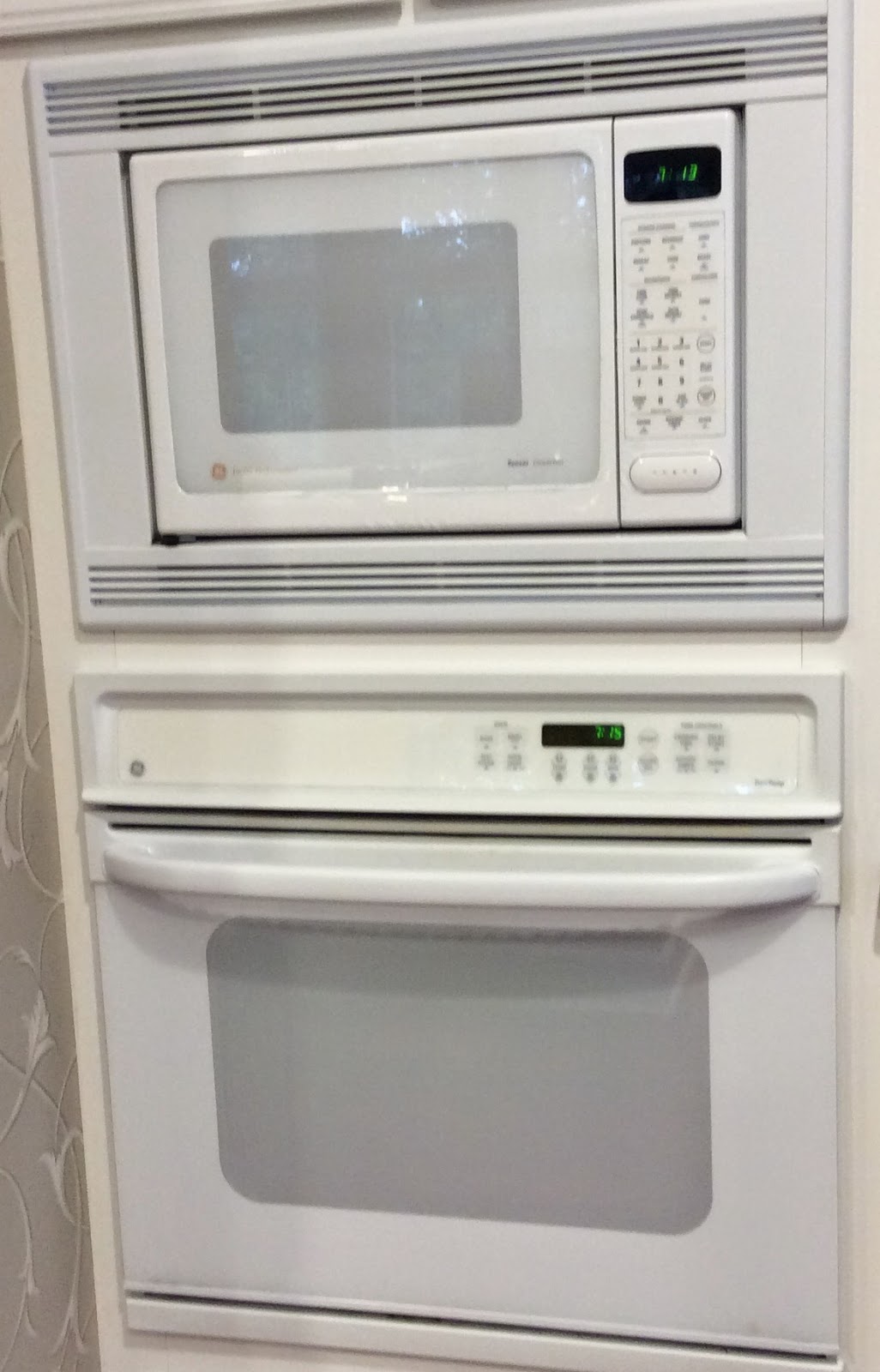 Oven/Microwave — The only non-stainless appliance in the kitchen, a GE Profile Performance uni.  This built in wall unit has a typical size (smallish) and seemingly complex controls.  I’ve not yet puzzled out how to use the microwave, it has many settings, a lot more than I think it needs.  The oven is smallish, just like our old house.  A separate microwave and a conventional oven/cooktop combination seems like a better choice to me.

Garbage Disposal — It’s pretty quiet, munches things up, and just works.  Hurray!   Something that I am happy with.

Refrigerator — A Whirlpool Gold stainless creature.  It’s pretty big, has lots of buttons and I can’t figure out what many of them do.  Who ever decided kitchen appliances should be complex enough to send me to the internet for “how to” instructions for something like a chilled water dispenser should seek advancement in a different field of employment. It also has a broken bottom drawer mount and rather different shelf layout.

That's all of the appliance, no two of which are from the same line.  The majority are GE built.  That's a typical selection for us, though they may be a bit "light" for the type of house we are in.

In addition to being white and plastic feeling, the cabinets look to have been selected almost randomly.  Some of the units are really wide, with two foot wide drawers, so wide as to make them prone to overloading or being left half empty.  Other sections are narrow, with what seems like a 10” upper cabinet shoe horned in, next to a really wide cabinet.  Several of the doors swing in the wrong direction, making access more difficult.

The lower cabinets have partial shelves, some of them anyway, others have complete shelves, and a few have none at all.  I don’t see a pattern to it at all.

The current kitchen is basically “yuck” with some broken, silly and odd tossed in.  The good news is the lack of redeeming features makes this a definite target for our first major renovation.
Posted by BarrettJG at 5:35 AM