What Is That Car? 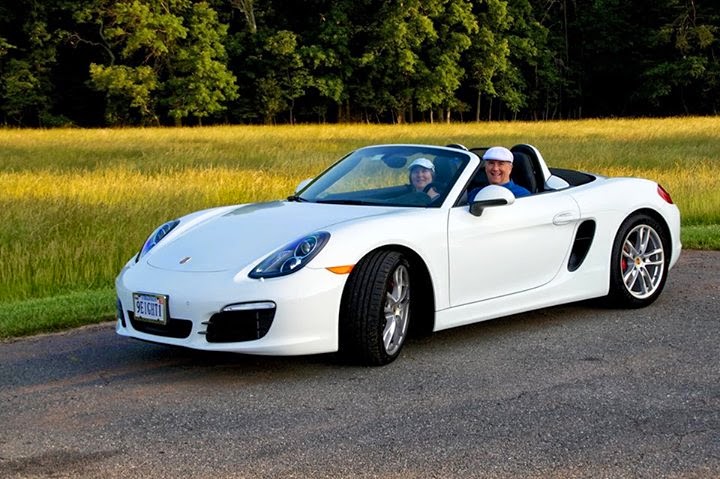 Today is my birthday, it's something that happens every year. At this point I'm pretty used to them. This one will be way better than last year's though.  Which I spent in the hospital uncertain if I would every have another birthday.  All in all, the day has prospects of being a very good day.

Since it is my birthday, I treated myself to a (to me) yummy breakfast from McDonald's (with way to many calories).  That's a tasty treat, but better yet was a question I heard on the drive home....

What is that car?


I heard the question from a man who had rolled down the window of his F150 and stuck his head out while he ogled my ride.  "It's a Porsche Boxster," I replied.  "I like it, I had a GT3," he said.

For those who may not know, a GT3 is basically a Porsche race car in street legal form.  It dwarfs the Boxster in many respects, including cost.  Drivers of elite Porsche cars typically look down their noses at the entry level car that I drive.

His comment is a testimony to the redesigned Boxster breaking the image of the hair dresser's car, with deep air scoops and hard lines added to the typical Porsche curves.  It also doesn't hurt that I choose the (no cost) option of deleting the name Boxster from the car's exterior.
Posted by BarrettJG at 6:32 AM