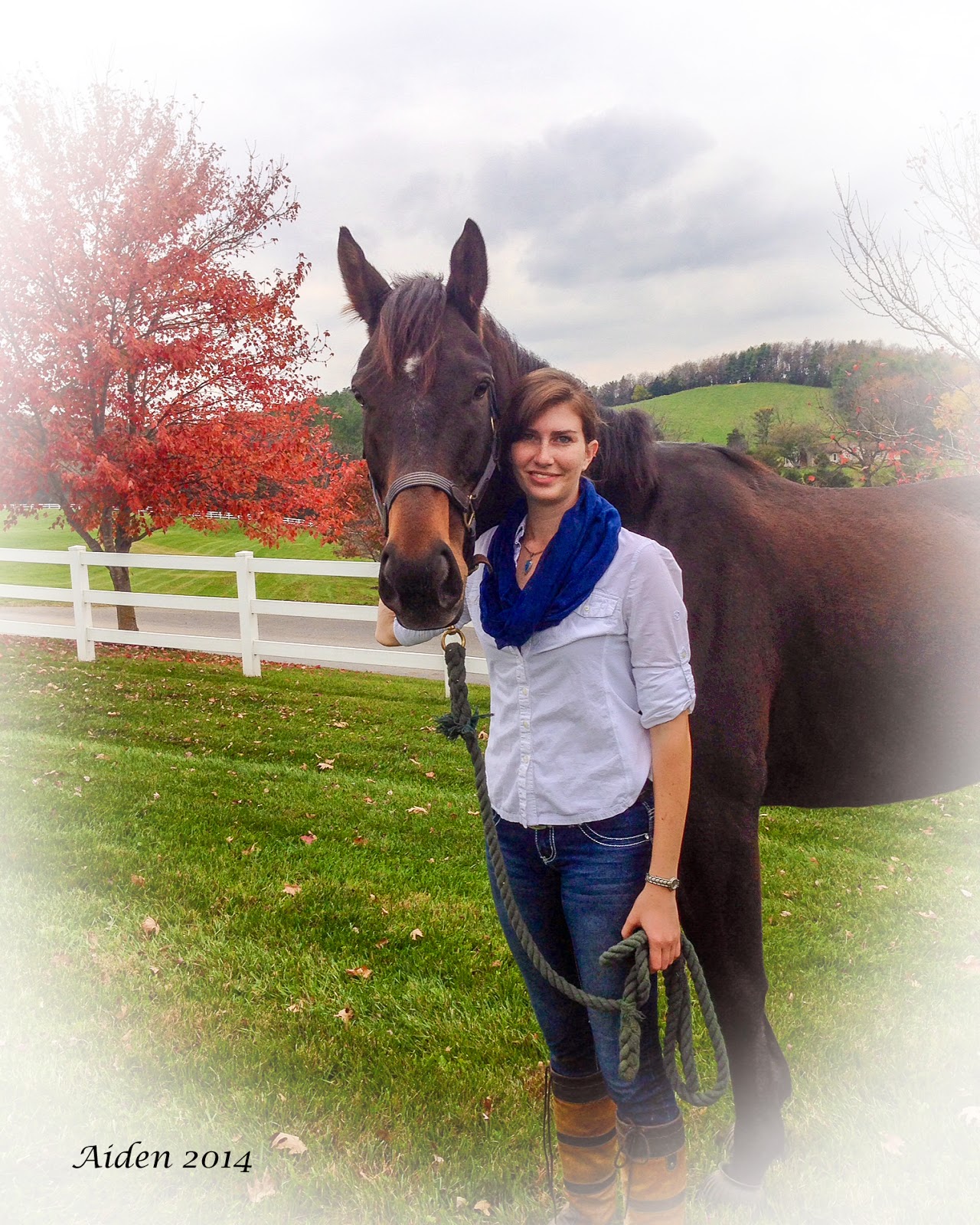 My daughter has loved horses since a very early age and has been fortunate to have had a horse since she was in elementary school.  She’s actually had three horses, Hope, Paddy and Aiden.  The first two were technically her mother’s critters, but Shannon was always the priority rider.

When it came time for her to move up from her pony, Hope, we started shopping for a larger horse that would be able to carry her into competitions and had Paddy in the barn before Hope left.  When Paddy reached his limits at the preliminary level of equestrian eventing and age was limiting him, we went looking for a new horse again.

Aiden, an off the track thoroughbred, looked to be Shannon’s ideal horse.  He was very green, having just left his career of racing but was large, athletic, with good ground manners, and a willingness to learn.  He looked like exactly the horse Shannon could train and take forward into competitions as her horse.

Shannon has worked diligently with Aiden, teaching him dressage and jumping skills that are at the heart of eventing.  She took him to several low level events and he showed promise, combining some aptitude for dressage (Paddy’s weak suit) with the athleticism to clear the highest  obstacles Shannon put in front of him. Unfortunately, Aiden has come up lame several times, usually right before a competition forcing Shannon to scratch and put him in a rehab program.

When we purchased Aiden, we put him in her name, making her the official owner.  This past year we gave Shannon a lump sum of money to fund her horse addiction, giving her full responsibility for her large beast.

Over the past summer, Shannon started considering her future with Aiden.  She was now aware of the costs of horse ownership, having been responsible for writing all of his checks and his propensity for lameness, something we had rarely dealt with before, but Aiden is a thoroughbred, a horse bred for speed, not durability, and that showed.

She came to the conclusion that she needed to sell him.  He was never going to compete at the preliminary or higher levels of dressage and she had other opportunities for her time, being a senior in college. This lead her to make, what I suspect was her toughest decision (so far), and sell him without a plan for an equine replacement.

She searched for a good home not the highest bidder and placed him with a friend of a friend where he should have a good opportunity to recover from his current lameness and perhaps compete at a lower level or just be a horse, more than capable of pleasure riding or being an excellent companion in the field.

I know this has been difficult for Shannon.  Her handling of the situation, I believe shows good judgement.  I expect she and Aiden will do well moving forward and Shannon is free to make other life choices, unencumbered by a commitment to a very large critter,
Posted by BarrettJG at 6:58 AM

Email ThisBlogThis!Share to TwitterShare to FacebookShare to Pinterest
Labels: Children