A little bit more than a year ago, I had a health crisis that could easily have been the literal death of me. I want to share some of my experience during the event, though I can but hope to do it justice. 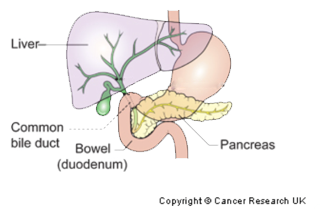 The event began in late August 2013 when abdominal discomfort grew worse and I had a measurable fever. My wife and son rushed me to INOVA Fair Oaks Hospital ER where they looked at me just for a moment and took me straight to a bed.  The nurses and ER doc buzzed around me, connecting two IVs, dosing me with Dilaudid, a strong opioid pain killer and anti-nasuea meds while examining me. I didn't realize it at the time, but the speed of treatment was my first indication of the severity of the problem.


Don't Stop Scanning Until You Find It!

After the initial symptom relieving meds, I was sent for an ultrasound scan.  The ER doctor went with me and told the tech what to look for charging him (or her) with don't stop scanning until you find it, there is a blockage.  The scan found a gall stone lodged in my common bile duct where it enters the duodenum.

The stone was blocking secretions from my pancreas and liver as well as constricting my duodenum to the point that my stomach could not empty. This is both very serious and relatively simple problem to treat. The text book more or less says, remove the gallstone through a non-surgical ERCP procedure (down the throat, through the stomach), stabilize the patient and recovery will commence.  Eventually the gall bladder should be removed to prevent a likely repeat occurrence.

It wasn't long until an ERCP was scheduled on an emergency basis to extract the stone and reverse the course of my problem. Unfortunately the doctor found that I had food in my stomach, a real shocker given that the exit from my stomach was blocked by the gall stone and aborted the procedure without actually trying to remove the stone.  He wanted to perform the procedure in 24 hours, expecting my (blocked) stomach to have digested its contents (despite the blockage).

The doctor was worried that I might choke to death on my stomach contents while he attempted to perform the procedure.  That was a clear, though relatively unlikely possibility, given my condition so he saved me from a low possibility of death but set me up for a much riskier and trying path.

The night after the aborted ERCP procedure and into the next day, my condition worsened and my grip on reality grew tenuous with the fever and meds conspiring to addle my brain. I think this is when I official entered Sepsis, a condition that used to be broadly labeled blood poisoning, a term that  doesn't sound as bad as it actually is. The Mayo Clinic describes Sepsis as follows.

Sepsis is a potentially life-threatening complication of an infection. Sepsis occurs when chemicals released into the bloodstream to fight the infection trigger inflammatory responses throughout the body. This inflammation can trigger a cascade of changes that can damage multiple organ systems, causing them to fail.

The words "potentially life-threatening" are a bit of an understatement, rather like saying an atomic bomb explosion is loud. INOVA Fair Oaks, recently has a 29.8% mortality rate for Sepsis according to HealthGrades.com. That's considerably higher than the 0% death rate for Pancreatitis or the 8.9% for gall bladder removal, both things I was also facing. So, developing sepsis was definitely not a good thing.

My treatment plan, as presented to me that first day in the hospital, was to have the same doctor perform another ERCP.  Since my stomach exit was blocked and food in my stomach was the problem we pressed for why the second procedure was more likely to succeed than the first. The answer was smoke and hand waving, which we rejected telling my doctor that I wanted a new plan, or at least a fall back plan that could be executed that day when the same doctor failed a second time performing the same procedure for the same reason.

Late in the afternoon of my first day a new plan was formulated.  A different doctor was selected to perform the procedure and another was lined up in case the first one had issues.  My new surgeon (I'm not sure what the proper title is for a doctor performing an internal procedure with out using a scalpel is, but surgeon seems to carry the right gravity) was brought in from Fairfax hospital, the ace of the INOVA health system for this type of procedure.

By this point I wasn't really understanding things very well; I knew I was really ill and very well might die.  I tried to make appropriately significant statements to family though I no doubt failed miserably. I do remember thinking how important those moments might be and I tried my best as they doped me up for the procedure and the world faded out of my consciousness.

I woke in the Intensive Care Unit (ICU) with a breathing tube down my throat and a very worried wife holding my hand. Of course I couldn't say anything, but I didn't want a breathing tube in my throat which I tried to convey with hand motions.  I heard several discussions that applied to me but didn't really make sense and then a nurse or doctor came over to talk to me about the tube.  I'm not sure what they said and kept gesturing to have the tube removed which got my wishes across and shortly the tube was extracted and I was allowed to cough on my own as I once again breathed on my own.

I learned that the procedure had been successful.  The stone was removed and a stent was placed in my common duct to hold it open wide enough to allow any additional stones to pass without causing another blockage.

At some point that first day my most serious issue worsened from Sepsis to Septic Shock, which isn't really any different, just a heck of a lot more serious.  Sepsis is divided into three, more or less, stages.  The first, simple Sepsis features at least two of these:
The next level, severe sepsis, which is really where I started adds at least one of these:
The highest level is called Septic Shock, which has all of the features of the lower levels plus extremely low blood pressure that does not respond properly to fluid replacement. The death rate for this extreme level of Sepsis is as high as 70%. Septic Shock is bee-a-dee and I had it.

Sepsis is effectively a consequence of a severe, wide spread infection.  It is treated with strong, the stronger the better antibiotics administered in massive amounts and supportive treatments (like the breathing tube) to buy time for the meds to bring the underlying infection under control.

My most severe direct problem was a nasty infection in my blocked pancreas including the formation of pseudocysts, abscess like pockets that can expand and ultimately burst leading to more bad things. My pancreatitis was severe and earned the adjective necrotizing, basically my pancreas was dying both from infection and from dissolving itself with digestive fluids that had been trapped by the blockage in the common duct.

Pancreatitis is a very painful condition, I felt intense abdominal pain which resulted in heavy use of opiates and I was told, let me experience pain on the order of magnitude of child birth.  Yippee, I had the opportunity to learn that child birth hurts, hurts a lot (I had pretty much gathered that already; I didn't appreciate the lesson). 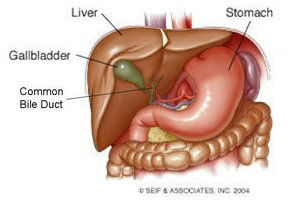 Somewhere along the way, I started into multiple organ failure.  I heard many key organs with the word failure being tossed about as well as dialysis which didn't make me feel any more hopeful.

I was put on blood pressure medicines to control my high or low blood pressure (I had both at various times), insulin for diabetes which had come on strong as my pancreases took a vacation.

Posted by BarrettJG at 4:53 AM